Don’t let these summer debuts pass you by. Both are written by Paris Review Plimpton Prize winners, and both have taken over summer’s literary scene. We begin with You Are Having a Good Time by Amie Barrodale, a stunning and sparse short story collection, followed by The Girls by Emma Cline, a novel that reimagines the violent summer of 1969 and the infamous Manson murders. You Are Having a Good Time by Amie Barrodale

While the title of Amie Barrodale’s debut story collection, You Are Having a Good Time, is taken from its epigraph, it also seems a directive from Barrodale to the reader. And, indeed, you will have a good time reading this collection, but you will have an even better time on your second or third read. The flatness of the prose and the disconnection between characters can initially create a distance between the reader and the stories. As you continue reading, though, the echoes within and between the stories build and grow. The sense of surprise—of never knowing where a story is heading—is embedded in every story, and the characters—who are so truly drawn that they seem like people we know or perhaps are even stark reflections of our inner selves—begin to haunt the reader and stay with us long after we have finished reading. 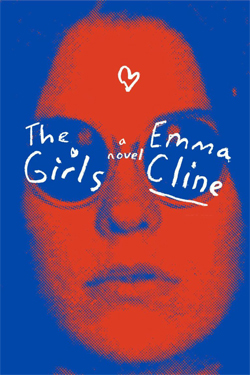 The Girls by Emma Cline

Drawing on the events of the late sixties, author Emma Cline reimagines the summer of 1969 in a coming-of-age novel that bumps up against the ideals of the time and a young girl’s involvement in a deadly California commune.

The Girls debuted in June to big fan fare. The first of a reported seven figure, three-book deal, Cline proved her merits as an emerging writer by winning The Paris Review’s 2014 Plimpton Prize. Before The Girls hit shelves—which Cline wrote in approximately three months—the novel was a success among reviewers, who applauded the young writer for her work on the sentence level. Even the difficult-to-please James Wood referred to Cline in the The New Yorker as, “a talented stylist.” He writes: “At her frequent best, Cline sees the world exactly and generously.”